6 Smallest and Amazing Micro-states of Europe

by Ilisa Oman | 5 May | Uncategorized | 0 comments

When planning a trip to Europe, it’s so easy to get caught up in planning visits to the well-known or “bucket list” countries such as Italy, France, etc.  And with good reason – they are amazing countries with so much to offer. But have you ever thought of combining your European vacation with a visit to one of the continent’s micro-states?

What do I mean by micro-state?  Now, the definition of micro-state can vary, but I mean the 6 tiniest nations in Europe.  You may have heard of them, but you may not have given them much thought as to putting them on your itinerary.   Some make great day trips, and some may warrant a few days’ visit.  They pack a lot of history and culture into their tiny borders and are worth a look. Whatever you choose, you can make it a goal to visit as many of the world’s smallest nations.

Let’s visit now 6 of the smallest countries in Europe from smallest to largest. 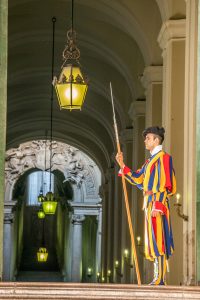 A member of the Swiss Guard stands post at the Vatican

Vatican City – If you have visited Rome, chances are you have visited the Vaticanpieta.  Did you realize you were in a separate nation? The headquarters of the Roman Catholic Church, it is the smallest state in the world in both size and population, and have of it is a garden! It is ruled by the Pope and has less than 1,000 residents, none of whom are part of the general public.

Things to know: Do not miss Michaelangelo’s Pietà.  Your best bet is to take an early morning, skip the lines tour of the Sistine Chapel to minimize crowds.  One World Family Travel, LLC can also help request tickets for a Wednesday papal audience. 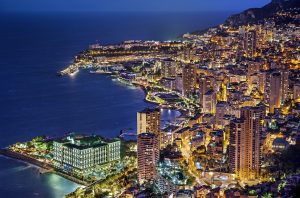 Monaco – Monaco is home to the oldest monarchy in the world (the Grimaldis) and the playground of the rich and famous. It is surrounded by France and sea and also has the distinction of the highest population density in Europe, the world’s lowest poverty rate, and the highest number of millionaires and billionaires.  But if visiting Nice in France, why not take a train for the day?

Things to know: The Grand Prix is held the last weekend in May.  It’s one of the world’s most popular sporting events, so book your accommodations early.  Your visit may even coincide with the Cannes Film Festival.  Monaco Classic Week is held every September and features high-profile regattas and yacht shows.  If you want to visit the casino, there are a few ways to do it.  You can take a tour between 9 am and 1 pm each day, or enter after 2 pm for gambling. Be prepared to pay an entry fee of €17 to many of the casino rooms. The absolute minimum to play is €5 for the slot machines.  No shorts, sports shoes, or flip-flops if you are going to play. 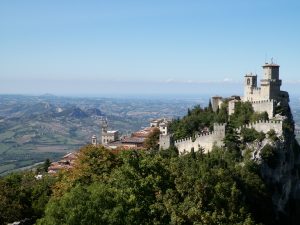 San Marino – This little nation is located in north-central Italy and is the world’s oldest sovereign state and the oldest republic, founded in the year 301. The capital is Città di San Marino, a walled medieval town perched on the slopes of Monte Titano. Despite its small size, it regularly shows up in international football tournaments and even took the lead against England at Wembley in 1993 after 8.3 seconds (they lost – it wasn’t pretty).

Things to know: Mount Titano is closed to traffic.  Be aware that reaching the three towers requires a bit of climbing since vehicles are not allowed, but the view is worth it. You’ll find shops, restaurants, and cafes in the Piazza della Libertà that overlooks the Palazzo Publico.  The changing of the guard happens every day in the summer months.  San Marino is a tax-free republic so souvenirs will be less expensive there. 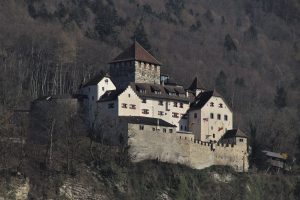 Liechtenstein – Liechtenstein is landlocked between Switzerland and Austria in the Alps and is a perfect getaway for the winter sports lover.  The capital is Vaduz and is most popular as a tax haven. It hasn’t always been such an important financial center, though.  It was broke after WWII and even had to sell off a Leonardo da Vinci painting to survive.  Now, it has more registered companies than citizens

Things to know: Cycling is very popular in Liechtenstein.  There are 56 miles of cycling trails on both sides of the Rhine, so consider renting a bike while there. Vaduz Castle is home to the Liechtenstein Royal Family. The Prince of Liechtenstein, Hans-Adam II, has opened his vineyards and wine cellars to the public so you can stroll the property and sample the famous Pinot Noir. Liechtenstein is the only place in the world to buy Liechtenstein wines so have a case shipped home to impress friends at your next party. 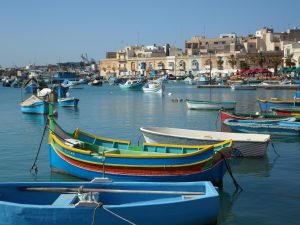 Malta – Malta is a tiny archipelago of three islands in the Mediterranean between Sicily and North Africa and has become a popular cruise port as well.  It’s a staggering 7,000 years old and packs a lot into its small size. Its capital, Valletta, was named 2018’s European Capital of Culture.

Things to know: The weather in Malta makes it a perfect year-round tourist destination.  Game of Thrones fans will recognize Mdina Gate as King’s Landing Gate, and Fort Ricasoli as Red Keep Gate. Divers may want to visit the collapsed Azure Window, a natural arch that collapsed in 2017 and was the site of Khal Drogo and Danaerys’ wedding.  Visitors interested in prehistoric artifacts should purchase tickets to Hal Saflieni Hypogeum early since they only allow 10 guests per hour.  Divers will also enjoy the marine life at the Blue Grotto.  Those that are interested in seeing the grotto by boat should visit before 2 pm when the sunlight best illuminates the water. 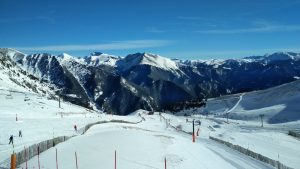 A ski lover’s paradise in Andorra

Andorra – Our final, and largest, micro-country is Andorra.  Nestled in the Pyrenees between Spain and France, it makes a great day trip from Barcelona. It’s most famous for skiing, duty-free shopping, and generous tax breaks. Its capital, Andorra la Vella, is the highest in Europe

Things to know: Want cheap electronics?  Visit Andorra 2000Ca, a hypermarket that sells everything from edible underwear to groceries to electronics and appliances. If you are looking for a spa excursion, the Caldea spain Andorra la Vella is the largest in Europe and features indoor and outdoor lagoons, saunas, specialized spa treatments, and a grapefruit pool.

One World Family Travel, LLC is ready to help you book your vacation to Europe and any one of these tiny European gems.

Looking for some more European inspiration?  Check out these articles:

3 Amazing Days in Rome and So Much to See!

10 Magical Fairy Tale Destinations to Put on Your Bucket List

Meet the River That Inspired Poems and Waltzes