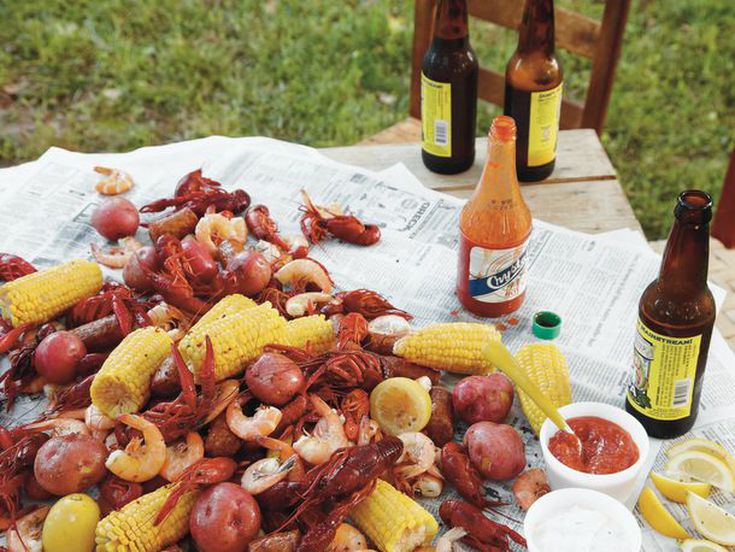 It occurred to me when I was researching tours and excursions for a cruise that will take me to Egypt, Turkey and Greece that I always, without fail, gravitate to food. My attention is always drawn to anything that involves tasting, sampling or just plain eating.

The United States has some of the finest cities for food lovers in the world.  No one type of food defines the U.S., and each city puts its own flair on local and international cuisines.

It’s so hard to choose which cities are the best, so here are just 8 of them that make for a great food and drink getaway for you and your family. 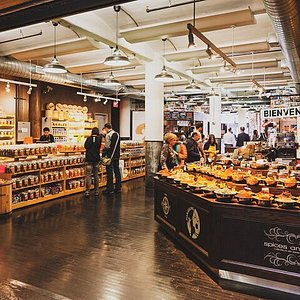 I am just putting this one here – New York is my favorite city in the world (and my birthplace).  It has 93 Michelin stars, more than any city in the U.S., and the 5th most in the world. This is the city where most food trends originated the place food lovers think of first. But it’s not all about fine dining. You can get the greatest slice of pizza on earth pretty much everywhere for just a few bucks.

New York is probably one of the only cities in the country where you can try every single cuisine in the world. If you can’t find it, it doesn’t exist. If you aren’t sure where to start, just head to any food hall or open-air market, such as Chelsea Market or Gotham West Market to try a bit of everything.

At first glance, you would think that a city like Charleston is all about Southern cuisine – all barbecue and fried food.  And while those delicious meals can be found all over the city, it’s so much more than that.  Charleston offers first-class seafood and of course food influenced by the spice trade. You’ll want to eat specialties such as roasted oysters, shrimp and grits (the official Lowcountry dish) and the absolute Charleston experience, the Lowcountry Boil. But that’s not all. South Carolina’s Lowcountry is in the “Gullah Corridor” which stretches down to Florida.  It’s here that slaves from West Africa retained their cooking traditions that feature ingredients such as okra, rice, sweet potatoes, greens and more, and incorporate the local seafood into their recipes. 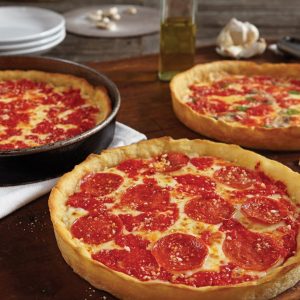 When you think of Chicago and food, deep-dish pizza is probably what comes to mind. But in 2017, Bon Appetit magazine ranked Chicago as the top food city in the United States, and “Restaurant City of the Year” and for good reason.  It has 22 Michelin-starred restaurants, but at the same time manages to balance out its excellent fine dining establishments with the low-cost, low-frills local favorites and comfort food. There’s no shortage of international food due to its immigrant tradition – you can spend a week eating your way around the world in Chicago. Yet, its pizza and hot dogs consistently rank among everyone’s favorites (do NOT ask for ketchup on your dog). Want what has been considered the best burger in America? Head to Au Cheval.

Seattle is known as a pretty laid-back place, and its food scene is no different.  Of course, seafood is the highlight due to the city’s location in the Pacific Northwest, but there is so much more to enjoy that makes Seattle world-class when it comes to dining.

What makes Seattle so special is the overall focus on sustainable agriculture that finds its way into most of the restaurants in the city.  Each neighborhood throughout Seattle is full of restaurants and they pride themselves in their thriving dining and bar scenes. Whether it’s Caribbean or soul food, Asian or modern Asian, foodies will find it throughout the city. What is wonderful is that Eater Seattle publishes the 38 essential dining destinations and updates that list every 3 months. It’s an attempt to bring attention to its culinary scene and make sure up-and-coming restaurants are highlighted so you should never have a problem finding a new place to eat.

Tourists will want to visit Pike Place Market, a 100+ year-old institution in the city,-though locals tend to avoid it in the summer when the cruise ships dock.

Similar in its food scene to Charleston is Savannah.  Everyone has heard of Paula Deen and her famous restaurants there, but skip them, and focus on the less famous but more delectable establishments that make Savannah a food lover’s paradise. Among them, you will find not only Southern cooking but Southern hospitality which is no surprise since the city is the “Hostess City of the South.”  Stop by both The Grey – located in an old Greyhound bus terminal for Southern food with African and European influences – and The Grey Market offering takeout or a meal at the lunch counter.

But if you really want down-home Southern cooking that will put you in a food coma and a meal you’ll never forget, head to Mrs. Wilkes where the food is blessed when the restaurant opens each day and you bus your own dishes. 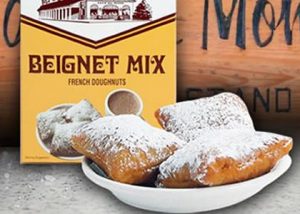 New Orleans has yet to settle the debate – creole vs. Cajun?  Each cuisine relies heavily on the French influence the city is known for, but each has its own subtle twist on the food the city is known for. Both are native to Louisiana, but creole tends to use more tomatoes and tomato-based sauces while Cajun does not. Cajun food is considered more rustic, relying on smoked meats and one-pot dishes (think jambalaya). Creole is cosmopolitan relying heavily on European roots. Tomatoes, local seafood and rich sauces are its cornerstones.  But does this debate really need to be settled?  Nah. Go and take a trip and indulge in both to your heart’s content.

Oh, and while there, don’t dare forget to indulge your sweet tooth on beignets, French donuts made famous at the Café du Monde.

Did you know sourdough bread was invented in San Francisco?  It’s true and just one of the many reasons that San Francisco is an amazing city for food lovers. There are over 3,500 restaurants there, more per capita than in any other major U.S. city.  Trends that have originated in San Francisco include the farm to table experience, Asian fusion cuisine, heirloom tomatoes and pedigree produce.

An added bonus to the food scene is that you are so close to the United States’ finest wines with both Napa and Sonoma Valleys. You’ll find these wines all over the city, but why not take a trip to the area wineries to sample them for yourself? 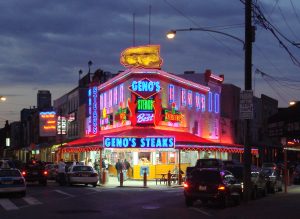 Geno’s, the place to get THE cheesesteaks in Philadelphia

Nothing beats a true, original Philly cheesesteak. And by real, we mean one with thinly sliced rib-eye, fried onions and Cheez Whiz (though American cheese or provolone will do – but you may not put green peppers on it).  No visit to Philadelphia is complete without consuming this glorious meal.  But it’s not all about cheesesteaks.  Travel and Leisure magazine once said Philly has a better restaurant scene than New York, and in 2019, Zahav was named “Best Restaurant in America.” Philadelphia is considered one of the cheaper cities on this list for great food, plus no matter where you’ll go, you’ll find personal attention and camaraderie.

All of the above cities offer food tours – self-guided or escorted, along with cooking classes, seminars and a wide range of foodie events each weekend.  So, are you hungry?  Are you ready to plan a getaway focused on food and drink? If so, let me know and I will plan a trip you’ll never forget.

Looking for more travel inspiration? Check out this article:

Aruba: A Foodie’s Paradise in Paradise