5 Gorgeous Castles You Can Stay In and Feel Like Royalty 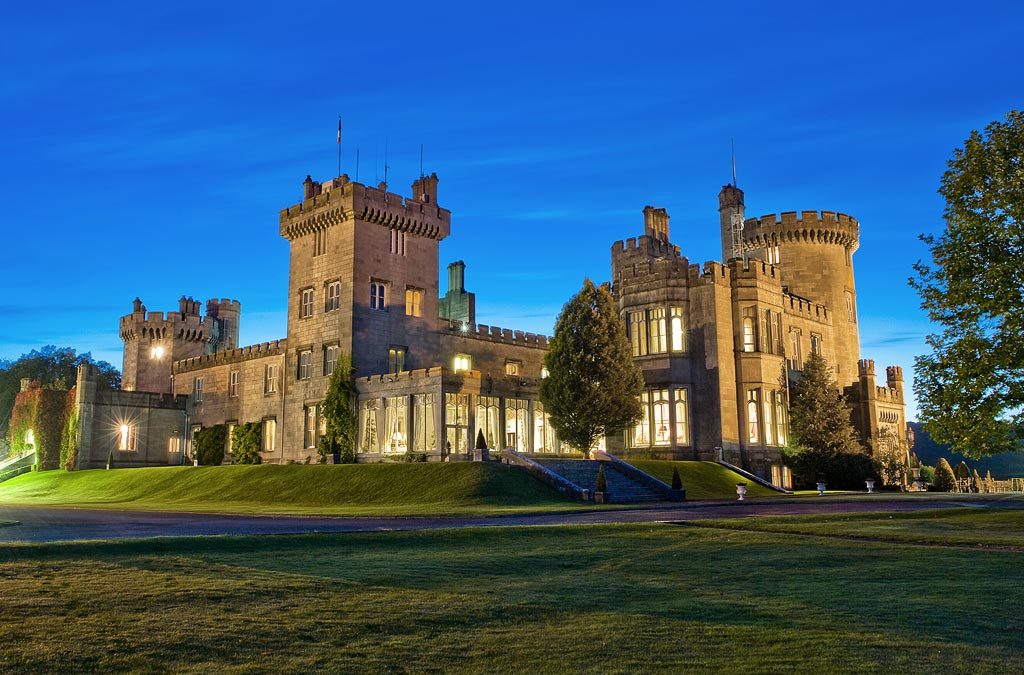 Did you ever want to take a vacation and just feel like royalty?  Kick back and wander the grounds of some spectacular property, pretending it was yours and you truly were nobility?  Well, don’t fret.  There is no shortage of castles and palaces throughout Europe that are ready to welcome you with open arms.  Some you may recognize from history and film.  Here are just 5 of them to consider for your next trip overseas. 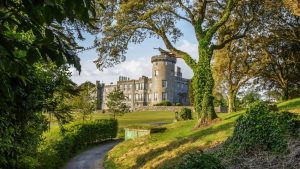 Dromoland Castle is a storybook castle rising over the countryside in County Clare, Ireland.  It is the ancestral home of the O’Briens of Dromoland whose family dates back over 1,000 to Brian Boru, one of the last high kinds of Ireland.  The current building was built in 1835 but there has been a castle on that location since the 16thcentury.  It is appealing to both couples and families, and in fact, has 2 room apartments that are perfect for families with children.

Take in some of the outdoor activities such as clay pigeon, shooting, archery or, falconry (your family can spend 2 nights at the castle and book the Royal Family Falconry Experience), or just wander the 450-acre estate and let your imagination wander back in history. Whatever you do, know that some of the most popular figures in world history and entertainment have also delighted in the charms of Dromoland.

You absolutely cannot visit France and not stay in a chateau to feel like you’re royalty.  There is no better place to do that than Chateau de Mirambeau. As with many castles in Europe, it’s built on the site of a 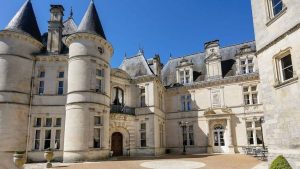 medieval fortress.  Over the centuries, it has seen sieges, fires, and destruction, and passed back and forth many times between the French and English. It became state-owned in 1789 after the French Revolution.  The Chateau was completely rebuilt in 1813 and underwent renovations in 2002.

Wine enthusiasts will delight in Chateau de Mirambeau’s location as it is situated between the vineyards of both Bordeaux and Cognac.  Guests will be able to fulfill their dreams of royalty while staying in one of the 40 elegantly appointed rooms.  The chateau also features a cognactheque and full-service spa and hammam.  If you are looking to relax, then you certainly can do it on almost 20 acres of land.

Paradores are government-owned hotels in historic settings.  Most are in castles or monasteries that dot the Spanish landscape. Parador de Oropesa, built in 1402, is the first castle that Spain converted into a luxury accommodation.  Located in the province of Toledo, the castle sits on a site of a fortress that is said to have been built in 1716 BCE by the soldiers of Hercules.  Whether or not that’s true, Oropesa is on one of the oldest inhabited sites in Spain.

The Parador was formerly owned by the Toledo family of nobles, including Francisco de Toledo, who became the Viceroy of Peru.  Nowadays, guests can luxuriate in one of the 30 comfortable guestrooms, take in the views of the surrounding vineyards and olive groves, swim in the outdoor pool, or dine on local cuisine in the Parador’s restaurant. If you visit in April, you can join in Oropesa’s Medieval Days when the town recreates and celebrates its history. 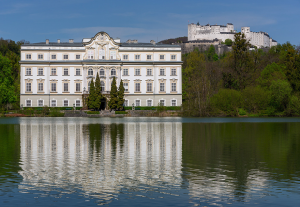 Are you a fan of The Sound of Music? If so, then look no further for your accommodations in Salzburg with Schloss Leopoldskron.  Back in 1736, the palace was commissioned by the Prince-Archbishop of Salzburg, Count Leopold Anton Eleutherius von Firmian. It passed down through his family and multiple owners, falling into a state of disrepair until purchased by Max Reinhardt, founder of the Salzburg Music Festival. He spent 20 years restoring it before fleeing to the United States during WWII.  Sadly, the Nazis used it as a guesthouse during the war, but it was eventually returned to Reinhardt’s estate.

Extensive renovations returned the palace to its former glory and now, guests can stay in 12 suites in the palace itself, or 55 rooms in the Meierhof building on the property.  Enjoy the 17 acres of beautiful grounds or venture out into the city.  Fans of The Sound of Music will recognize the palace as the site of at least 10 outdoor scenes from the movie (remember Maria and the children falling out of the boat into the lake).  The interior ballroom was not used in the movie, but rather meticulously recreated on a soundstage.  If you want to see that ballroom, you must book a room. 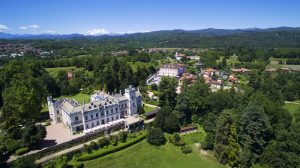 Castello Dal Pozzo is one of the “younger” castles on the list, having been built only in the 19th century.  But its location on Lake Maggiore – a former favorite of European aristocracy – lavish décor, and hospitality of the Dal Pozzo family who has owned it for six generations will have you feeling like royalty in no time.

Stay a week or a weekend, and you’ll find yourself pampered by the staff and reluctant to leave this gem.  With only 38 rooms in this boutique property, it will be hard to remember you are not really the king of the castle. Because of its location – Lake Maggiore straddles both Switzerland and Italy –  it makes a great addition to both your Swiss and/or Italian vacations.

So what do you think? Are you ready to feel like royalty?  Consider adding a couple days at one of these properties on your next European vacation.  I am always here to make it happen!  Just give me a call!

Looking for some more travel inspiration? Check out these articles:

7 Reasons That Croatia Must Be on Your Travel Wish List

3 Amazing Days in Rome and So Much to See!