6 of the most glorious underrated cities you want to visit 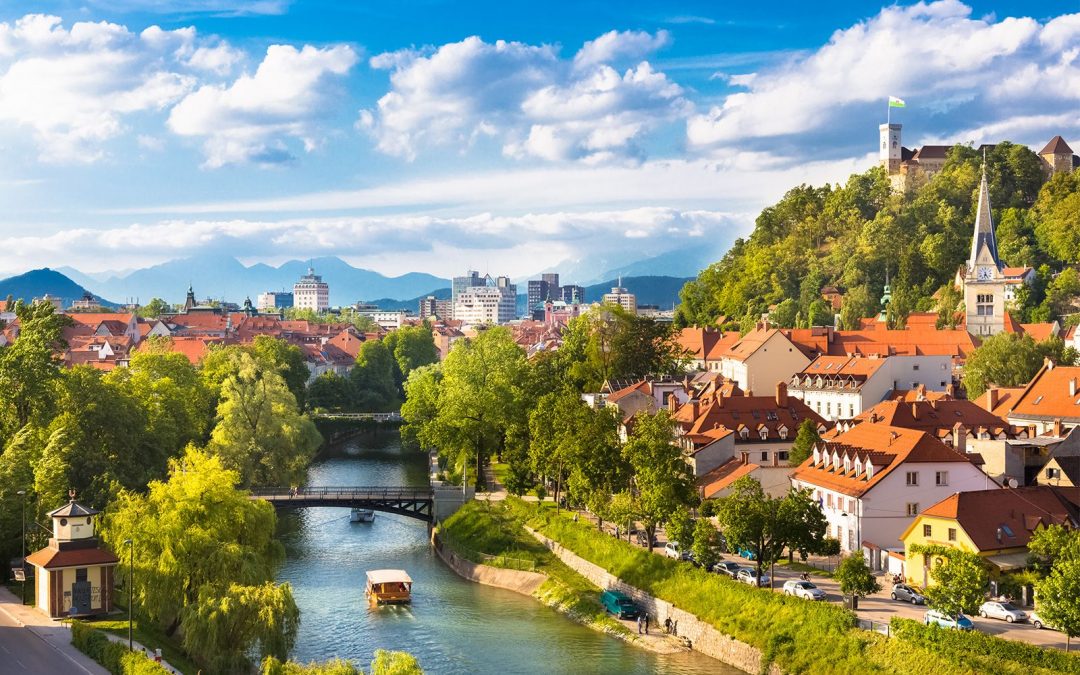 We all know the major cities in Europe – London, Paris, Berlin, Rome – just to name a few.  They are gorgeous, full of history, and an absolute must when planning your European vacation (just don’t try to visit them all in one trip to avoid “if it’s Tuesday, it must be Belgium” syndrome).  But, the major cities and world capitals are just a glimpse into the beauty of the European continent. There are so many unknown and underrated cities overseas that are often overlooked when planning a trip and it’s a darn shame. So next time you are considering a trip abroad, consider adding one of these gorgeous places to your itinerary to broaden your horizons and enrich your trip. 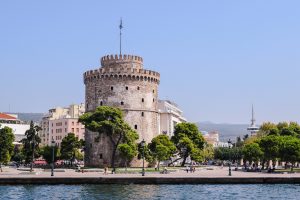 Full disclosure before I continue – I am biased towards Thessaloniki. It’s where my great-grandparents are from and has shaped my family’s ethnic heritage, traditions, and food.  Amazingly, I even just discovered a distant cousin who lives there. So I 100% encourage anyone planning a trip to Greece to consider including a few days in Thessaloniki, or as my family calls it, Salonika.

Most people who go to Greece for the first time like to do the big three – Athens, Santorini, and Mykonos. Sometimes they add in some time on Crete, the country’s largest island. But there is so much more to the country than those places.  How about venturing north to Greece’s second-largest city, Thessaloniki?

History lovers will love this port city which is only an hour’s flight from Athens. It’s been occupied many times, since its founding in 315 BCE, so you’ll find Roman, Byzantine, and Ottoman ruins.  Ancient visitors to the city included Roman orator Cicero as well as Apostle Paul. Sephardic Jews called it home for thousands of years until 1943 when tragically the 50,000 living there were sent to Auschwitz and Birkenau – only about 5,000 live in the city now.

After the Great Fire of 1917, most of the city was rebuilt so you will find also a very modern vibe. It’s beachfront, so you can spend time on the beach with the locals and not be overrun by tourists. Sites to see are the White Tower, a former Ottoman prison built in 1530, the Palace of Galerius, built as the seat of the Eastern part of the Roman Empire, and the historic quarter of Ano Poli.

A great day trip from Thessaloniki is Mount Olympus, featured in Homer’s Iliad as the home of the gods. 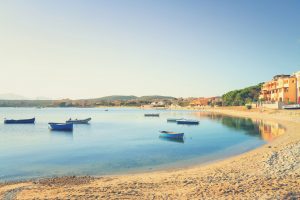 Just an hour’s flight from Rome, this breathtaking island has 300 days of sunshine a year. It is popular with Italians in the summer but has been largely ignored by most tourists who tend to go to the Greek Islands instead.  But a trip to Italy should not be complete without a stop here.

It’s in Sardinia that you will find some of the most beautiful beaches in Italy. Head to Costa Smeralda for turquoise water and pristine sand.  Its towns and beaches are perfect for water sports of all kinds – diving, sailing, snorkeling. If you are into scuba diving, then you must try a dive at Cannigione which is considered the best diving spot in the area. But if you’re not into watersports and more about lounging on the beach, that’s ok.  Take a break and visit Porto Cervo which is the main resort area in Costa Smeralda and perfect for people-watching and celebrity sightings.

Also unique to Sardinia is its archaeological sites. This is the only place in the world where you will find nuraghe.  Nuraghe were defensive constructions with villages built around them and the ones on Sardinia were built between 1900 and 730 BCE.   Other sites you should not miss are Nora, which was founded by the Phoenicians and was under Roman control in 283 BCE, as well as Fordongianus.  It was here that the Romans built a spa system to access nearby thermal springs.  While there, you can also enjoy the thermal baths.  Scattered around the island are Domus de Janas, fairy houses, and Giants’ Tombs, funerary mausoleums that are over 7000 years old. 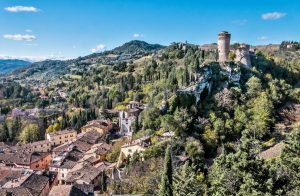 Brisighella, one of the most beautiful places in Italy

Continuing on in Italy, here is a place you most likely have never heard of  – Brisighella.  Lying at the foot of the Apennines south of Bologna, it is about 2 hours from Venice and around 1.5 h hours from Florence,  This beautiful medieval town is nestled amongst the hills, each topped with a symbol of its history – the Rocca Manfrediana fortress of the 14th century, the Sanctuary of Our Lady of Monticino from the 18th century, and the 19th-century clock tower.  These monuments have given Brisighella the name “the three hills village.”

Because it is such a hidden jewel, Brisighella has also been called the “Slow City.” Its pace is relaxed, and the quiet surroundings make it a place where you can easily relax and find peace. Due to its location, hiking is popular here. Just outside town is Carne Park. But it’s a place that you can just wander through, exploring its streets and alleyways, and discovering the world-class restaurants and shops.  Wine-lovers can enjoy tasting at the town’s numerous wineries.  If you’re looking to find a sense of well-being, you’ll find it at the Thermal Baths, a spa just outside the city center.

Brisighella is also home to many festivals and food fairs throughout the year.    If you visit in July, be sure to check out the medieval festival.  Or in late spring, take part in Brisighella Romantica as tables for two line the streets for a collective candlelight dinner. 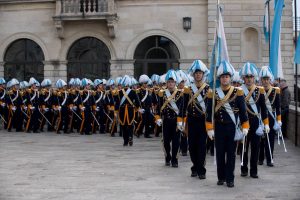 Changing of the Guard in San Marino

When you’re done visiting Brisighella, you can hop over to another place on our list. It’s not actually a city, but a country.  While visiting Italy, you can’t leave without checking out one of Europe’s tiniest countries, San Marino.  Most people when in Rome visit another microstate, Vatican City, but completely forget that there is another country that is completely surrounded by Italy. In fact, San Marino is so underrated that it is literally considered the least visited country in Europe.  It’s also just over an hour from Brisighella.

It’s located on the Adriatic side of the country on the slopes of Mount Titano – a cable car is ready to take you to the little country whose capital is also called San Marino. Once there, check out the three medieval fortresses that also adorn the country’s flag – Guaita, Cesta, and Montale Tower.  There is one single street that leads to the main square, the Piazza della Liberta.  The street is lined with shops (duty-free), cafes, and restaurants.  Once at the square, you’ll come to the Palazzo Pubblico, the Government House.  This is where the seat of government for the world’s oldest sovereign state sits.  Outside you will see the Changing of the Guard several times a day – an old and colorful ceremony that is a must-see for any visitor. 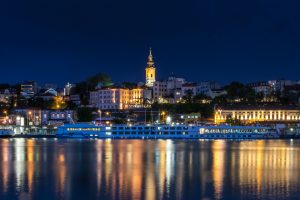 You may have heard of Serbia’s capital, but I bet you have never considered visiting here. But, if you like a good party destination, then this may be the place for you. Lonely Planet named Belgrade one of the best places to visit in Europe in 2015, yet it has remained largely untouched by tourism. It boasts a 7,000-year-old history – it’s one of the oldest continually inhabited cities in Europe and is split by the Danube and Sava rivers. On these rivers sit 170 floating nightclubs known as splavs each of which has a different crowd and features different genres of music and all of which have become a modern symbol of Belgrade. Loud music and endless parties will keep going all night long.

If you’re not into nightlife, then take in the history of the city. This is a place that has been fought over in 115 wars and demolished 44 times. And each time it has been rebuilt, giving Belgrade the nickname White Phoenix. Because it has been under attack so much, a virtual city of its own was created underground. Visit Kalemegdan Park where underneath a labyrinth of tunnels and caves, some of which go back as far as the Neolithic period. 150 meters below there is also a bunker that was built in 1971 for the Yugoslav National Army (Belgrade was the capital of Yugoslavia until 2006), and that can withstand a nuclear blast

Ljubjlana is another underrated gem of Eastern Europe. Slovenia sits between the Alps and the Adriatic and enjoys a mix of cultures – Germanic, Mediterranean, Slavic – yet it is relatively untouched by major tourism. It is elegant and educated. Because it’s filled with university students, the city feels young, and most people speak excellent English.

Visitors to Ljubljana will enjoy a robust food scene influenced by Slovenia’s neighbors Italy, Croatia, and Austria.  The city, in fact, is halfway between Venice and Vienna and some of the architecture also reflects that as seen by the Venetian influenced Triple Bridge. It’s a pedestrian city – cars are prohibited in the city center  – so cyclists and pedestrians can enjoy the views and cafes along Llubljanica River with ease.

Sitting high over the city is Ljubljana Castle.  Originally built as a medieval fortress in the 11th or 12th centuries, it was mostly rebuilt after a fire in the 16th century. For something a little different, you can even try a scavenger hunt/escape room adventure throughout the castle’s surroundings. If you are looking for nature, take a stroll through Tivoli Park (not to be confused with Tivoli amusement park in Copenhagen). Venture an hour outside the city to Triglav National Park for a bit of hike and some of the most beautiful scenery in Europe.

So, are you ready to add one of these places to your next trip to Europe? Just let me know and I can put together a fabulous itinerary for you.

Looking for more travel inspiration? Check out these articles:

6 Smallest and Amazing Microstates of Europe

5 Gorgeous Castles You Can Stay In and Feel Like Royalty

5 Extraordinary Life Changing Trips You Must Try At Least Once