5 U.S. Towns that Look Straight Out of a Storybook 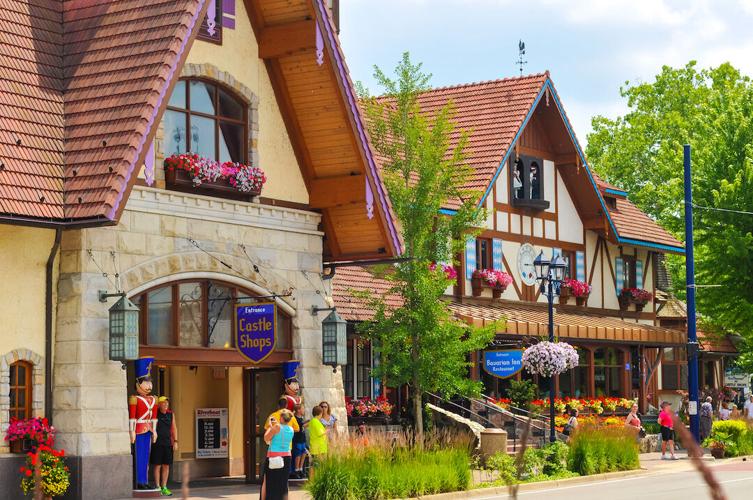 I know I’ve often talked about places in Europe that are magical and straight out of a storybook.  However, if you don’t want to travel that far and are looking for a quick, but magical getaway closer to home, the United States is full of destinations that look like they’ve been lifted out of a fairy tale.

Here are 5 towns in the United States that will get your imaginations soaring.

Asheville is home to the closest the US will get to a European castle – the Biltmore Estate.  Built by the Vanderbilts during the Gilded Age, it is chock full of the trappings of old money and perceived royalty.  It’s considered America’s largest home and sits on 8,000 acres in the Blue Ridge Mountains. Take a self-guided tour of this wonder of architecture and stroll through the enchanting gardens designed by Frederick Law Olmsted.  George Vanderbilt was a prolific art collector with an affinity for Impressionism, so the estate is home to several pieces by artists such as Monet and Van Gogh.

At the end of the day, indulge in a complimentary wine tasting at the Biltmore Winery, home to more than 20 vintages.  Other activities include taking in the vibrant galleries of downtown Asheville and enjoying the hospitality of the city’s up-and-coming restaurant scene. 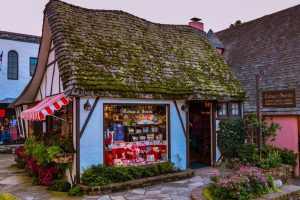 This delightful town on the central California coast exudes Old World charm in a warm, beachy setting.  Its architecture resembles little gingerbread houses, and the homes go by names such as “Nutcracker” and “Rosebud Cottage” rather than traditional addresses. Carmel-by-the-Sea, or Carmel as it’s also known, was originally a Spanish mission settlement, but transformed into an artist colony in the early 20th century after San Francisco was destroyed by a fire.  To this day, the art scene is thriving, and the town strives to maintain its “forest village overlooking the beach” aesthetic.

In addition to its rich artistic history and beautiful scenery, the town is also known for its unusual laws.  For example, it’s prohibited to wear high heels without a permit. 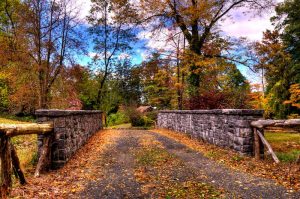 Sleepy Hollow in the fall

Sleepy Hollow is indeed out of a book, as it is the setting for Washington Irving’s “The Legend of Sleepy Hollow.” You won’t find Ichabod Crane or the headless horseman here, but you will find a town delighted to embrace its literary characters.  This Dutch settlement is only 30 miles from NYC and is gorgeous year-round, but the fall is quite possibly the best time to visit.   Between the stunning colors of the trees, Halloween festivities, and spooky ghost tours, you won’t be at a loss for things to do.  Consider combining it with a stay in Manhattan. 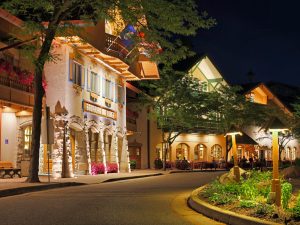 Visit Frankenmuth, MI and you will swear you traveled to Germany.  This city, also known as “Little Bavaria”, throws itself into its German heritage, and it’s evident in the Bavarian architecture, food, and festivals that the residents love to show off year-round. Frankenmuth was originally settled by Lutheran missionaries in the 19thcentury who intended to convert the Chippewa people.  While they were not successful in that endeavor, the immigrant population continued to grow and prosper.  The development of the interstate highway system after WWII saw an opportunity for the locals to capitalize on their German culture and which led to the rich German culture and pride you’ll find today.

No matter the time of year that you visit, you will find no shortage of activities.  But consider a visit during the holidays where you will step into your own Hallmark movie full of lighting displays, snow sculptures, parades, and winter events.  Delight in the world-famous chicken dinners  and don’t forget to visit the world’s largest Christmas store, Bronner’s Christmas Wonderland. 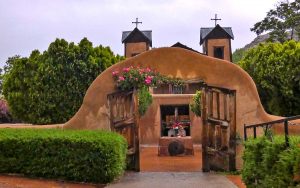 A village that looks like it has remained in 18th century, Chimayo will provide a restful day trip when visiting Northern New Mexico.  It’s just a 40 minute drive from this Santa Fe on the High Road to Taos Scenic Byway. Situated in the foothills of the Sangre de Cristo Mountains, the Tewa Indians named the area “Tsi-Mayoh” after one of the four sacred hills above the valley. The Puebloans believed they shared the land with supernatural beings.

Chimayo is known for its church, El Santuario de Chimayo.  A National Historic Landmark, the church is popular with Catholic pilgrims as it’s  said its dirt floor has healing powers.  Visit “el pocito” inside the church –  a small pit of holy dirt that supposedly is remarkably curative. The town is also famous for the weavings of the Ortega and Trujillo families who have been living and weaving there since the 1700s, so make sure to stop by Ortega’s Weaving for some handicrafts as a souvenir.

Ready for your storybook getaway?  Give me a call!

Looking for more travel inspiration? Check out these articles!

Amazing Trips for Every Season

7 Amazing Fall Getaways for All Kinds of Travelers